The Children’s Grief Centre was delighted to be nominated as one of Live 95’s charity partners to take part in the station’s ‘Helping Limerick Children’ initiative along with Cliona’s Foundation and Cari, Limerick, for 2019. 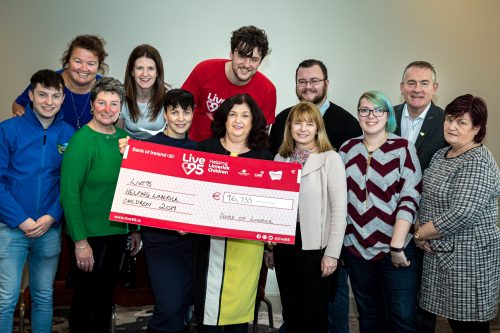 We would like to thank Joe Nash and all the Live 95 team for nominating the various community groups and charities every year as part of Live 95 charity fundraising initiative, both raising much needed awareness around the work these charities do but also celebrating their achievements and giving a voice to those for whom the charities aim to support.

We would especially like to thank Caragh O’Shea, Co-ordinator for ‘Helping Limerick Children’ Charity Drive for the huge amount of work she did and her support throughout the many events which took place throughout 2019.  Thank you also to the many volunteers and supporters who helped us throughout the year.

We would also like to acknowledge both Brendan & Terry Ring and Phil Deegan of Cliona’s Foundation along with Mary Madden, Helen & Vincent of Cari, Limerick.  It was a pleasure to get to know the whole team and to work alongside these great charities.

The charity partnership with Live 95 allowed us, the Children’s Grief Centre, the opportunity to showcase the work we do and highlight the impact of death, separation and divorce on the lives of children and young people.  The Children’s Grief Centre has now an ever-growing waiting list which we strive every day to address.  As we have now reached maximum capacity at our current premises, the monies raised through the many Live 95 charity events held throughout 2019, will assist the Centre reach its goal of acquiring new premises and allow expansion of its services.

For this, we are very grateful and would like to sincerely thank all involved in Live 95’s annual charity drive.   The incredible amount of €32,245.00 was donated to the Children’s Grief Centre, by so many generous Live 95 listeners and attendees of the events which took place in 2019. 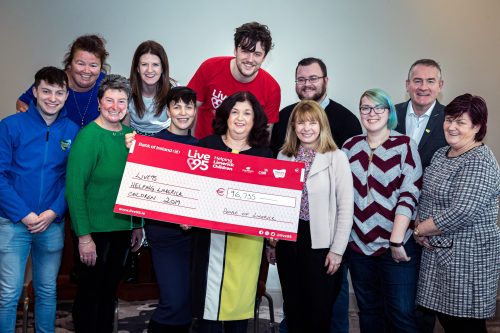 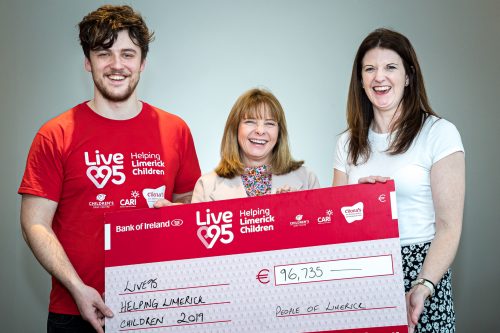 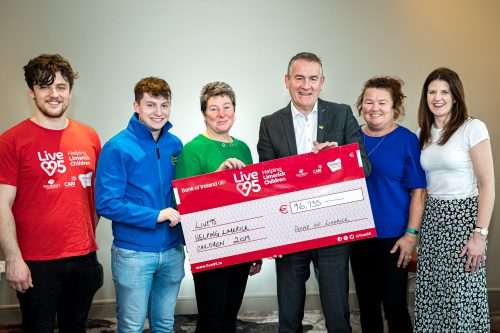