Visit of Mal & Dianne McKissock to the Children’s Grief Project

On Tuesday 15th January Mal McKissock came to visit us: Mal McKissock is one of Australia’s best known and respected bereavement counsellors and educators. A Certified Grief Therapist and Death Educator with the Association of Death Education and Counselling (USA), he is a member of the International Work Group on Death, Dying and Bereavement. He began his career in the health field in 1965 and in 1975 was appointed as the first full time bereavement counsellor with the NSW Department of Health. A founding member of the National Association for Loss and Grief, Mal was state chairperson of the Association from 1980-1982, and the National President from 1982-1985. He has studied in Israel, Canada, the United States of America, Greece, Hong Kong and New Zealand to further his knowledge and skills in the area of death, dying and bereavement and has been an invited presenter at international conferences and in overseas community settings. For nearly thirty years Mal has taught bereavement counselling skills throughout Australia and has received wide acclaim for his innovative therapeutic interventions, particularly with bereaved children. He has acted as grief and bereavement consultant to a number of government departments and community organisations, including The Human Rights and Equal Opportunities Commission, and his book ‘Coping with Grief’ (currently in its third edition) has been an invaluable resource for people experiencing loss. In addition, Mal has co-authored other books on grief and loss issues, as well as a variety of articles on death, dying and bereavement published in professional journals.

Dianne McKissock is a sociologist and well known Sydney psychotherapist who began her counselling career in 1969 as a relationship counsellor. Since that time she has maintained a private counselling practice, worked in a variety of educational, counselling and administrative roles in Drug & Alcohol Services (Dept. of Health, NSW) and as a consultant to a variety of Government and private organisations in planning and implementing educational and training programs. For the past twenty years Dianne’s special interest in counselling and education has been in the field of loss and grief, with current emphasis on the needs of bereaved children. She is a Certified Grief Therapist and Death Educator through ADEC (Association for Death Education and Counselling – USA), a clinical member of the Australian Association of Marriage & Family Counsellors and a member of the National Association for Loss & Grief. Dianne is the author and co-author of a number of books and articles on different aspects of grief and loss published in professional journals. 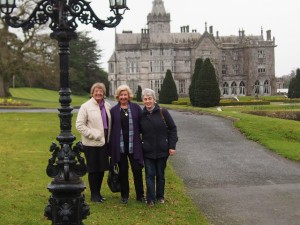 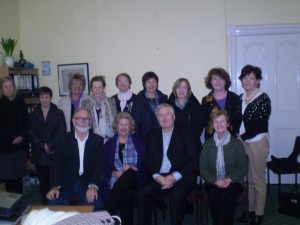